When can I consider myself a good software developer

This is a very good (and often) question, and this reminds me of another question from Quora: As an 18-year-old with 2 years of experience, can I get a job as a senior developer?

This post walks through something called the Dunning-Krugger Effect, and this can be summarised with the following graph: 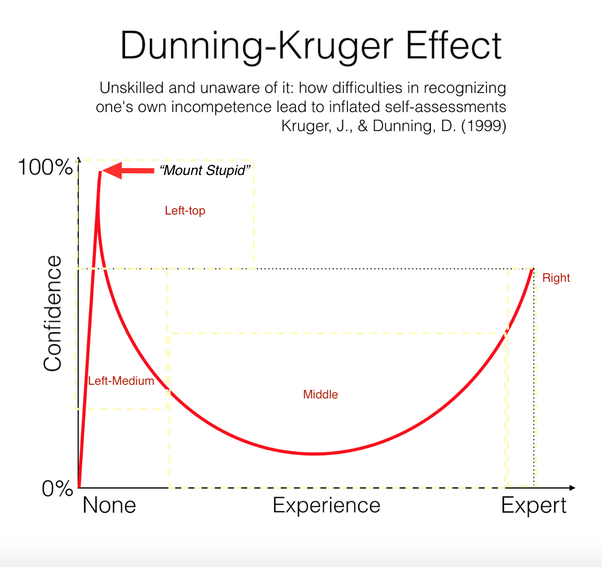 There is an interesting effect that happens to junior developers, who very often thinks that they know everything about development, but after a while, they start realising that there is a lot more to learn. This sometimes drove them to feel overwhelmed about how little they know. Some of them even feel bad because of this, and their growth gets truncated.

If you feel like this, you are not alone! In fact, for some time I felt like this myself!

For me, my learning experience in Software Development was something like this:

A decisive point was, got over the fight of “Java vs .NET vs PHP vs Python vs Javascript” and understand that languages are just a tool to achieve a goal, not the goal itself. Every language excels in something, and some of them are really good in a very specific domain or context.

So, personally, I think you can consider yourself a good developer when you truly assimilate that languages don’t matter that much, but having a clear specification is more important.

My personal thoughts about software development and performance on the software as on the teams.Danilo Velásquez on Twitter